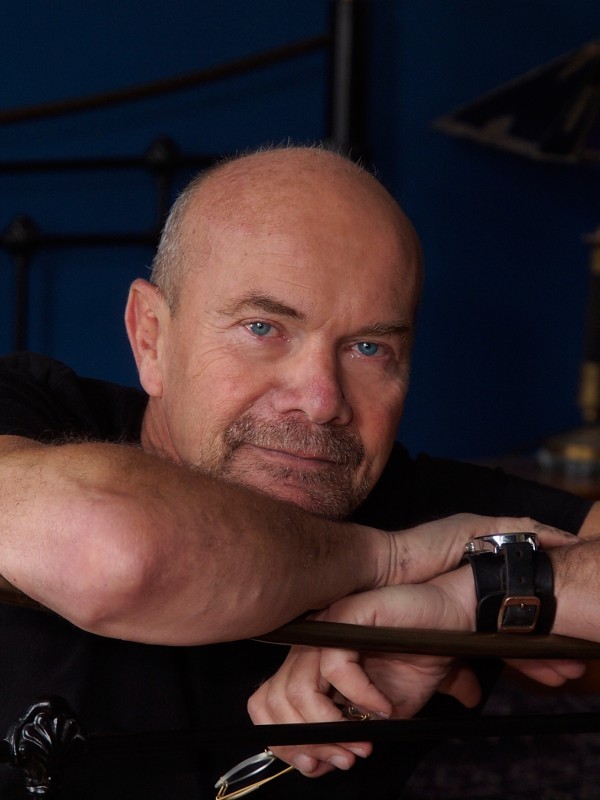 Typical for the artist is his immense artistic creative power as evidenced by the sheer number of works he has created as well as the breadth of them.
Friedrich Hechelmann has illustrated books and directed movies, adapted operas by Herbert von Karajan and August Everding for the screen and designed stage sets and garden landscapes, painted altarpieces and ceramic reliefs.
Hechelmann was born in 1948 in Isny and studied at the Vienna Academy of Art under Rudolf Hausner. Friedrich Hechelmann developed his own artistic style and created visionary panel paintings with subjects such as nature, the environment and water. As an illustrator he celebrated his first successes in 1972 with the book Zwerg Nase, followed by other world-class literary pieces such as A Mid-Summer Night’s Dream by William Shakespeare, Nils Holgersson by Selma Lagerlöf or Michael Ende’s Momo.  His most extensive and challenging work regarding book illustration is clearly the images he created for the Bible for the Pattloch publishing house. In 2015 Hechelmann expanded his artistic repertoire and created 15 angels and mythical creatures made of bronze. These works as well as a selection of his visionary images and book illustrations can be viewed in Heclemann’s private gallery in the castle’s art hall.