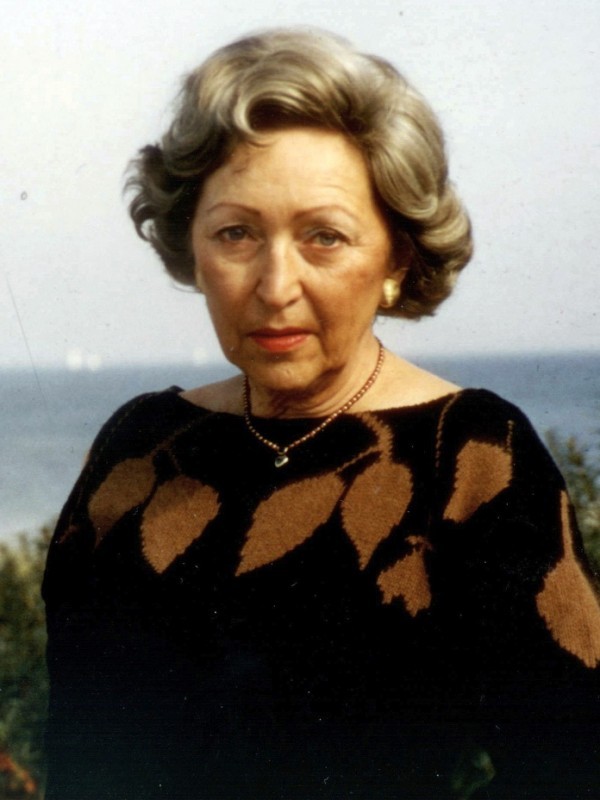 Utta Danella was born and raised in Berlin. At the age of 14, she secretly wrote her first novel. After taking her school leaving examinations, she began writing articles for various publications as well as for radio broadcast. She then moved to Munich, where she published her first novel All Stars From Heaven in 1956, after it had been edited to half of its original 1000 pages! Even though this book was only moderately successful, her publisher urged her to continue with her literary work. Finally, with her fourth novel Stella Termorgen or The Temptation of the Year came her breakthrough. The number of copies sold quickly rose to 100,000. From then on one bestseller followed another. Today, with 37 novels and about 70 million copies sold, Utta Danella has become the most successful post-war female author in the German language. Her female and male readers alike appreciate that most of her novels have an accurate historical background  which does only serves as a colourful setting. Almost all of Utta Danella’s books also revolve around nature and animals (horses!). In June 2000, Bavaria Film, Germany's major film production, acquired the movie rights to almost all of Utta Danella’s novels and to her complete works. Utta Danella died in 2015 in Munich.